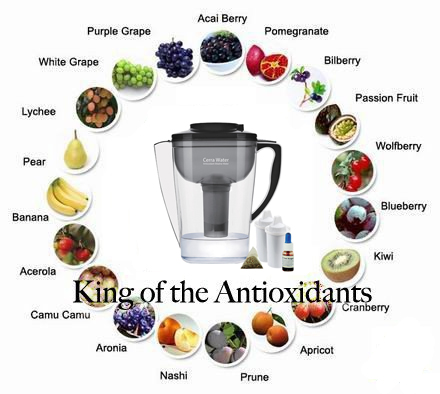 Water is one of the essential elements that our body needs to function correctly, without water we simply cannot exist. Not all water is created equal though, so it’s time to start looking at water the same way we look at food when deciding what to put in out bodies.

Upon some research I started looking into Alkaline water and I stumbled upon Cerra Water so I ordered a filter and decided to do some research on it.

Have you ever gone to a friends apartment and had to drink out of the tap?  The top of it has a cloudy film on it and it just tastes like metal. While you may not give too much thought on this it is actually doing you more harm than good. This is called hard water and it can be found in 85% of US Households alone.

Alkaline water is not just about drinking water but it is also something that can improve your day to day life and health. An accumulation of pollution being over tired, eating poorly and being stressed causes our body to become more acidic. To try to bring our bodies back to Alkaline it has to work twice as hard as a result pulling these alkaline minerals from our bones and tissues to try to maintain a healthy Ph Balance.

What is a Cerra Alkaline Water Filter? 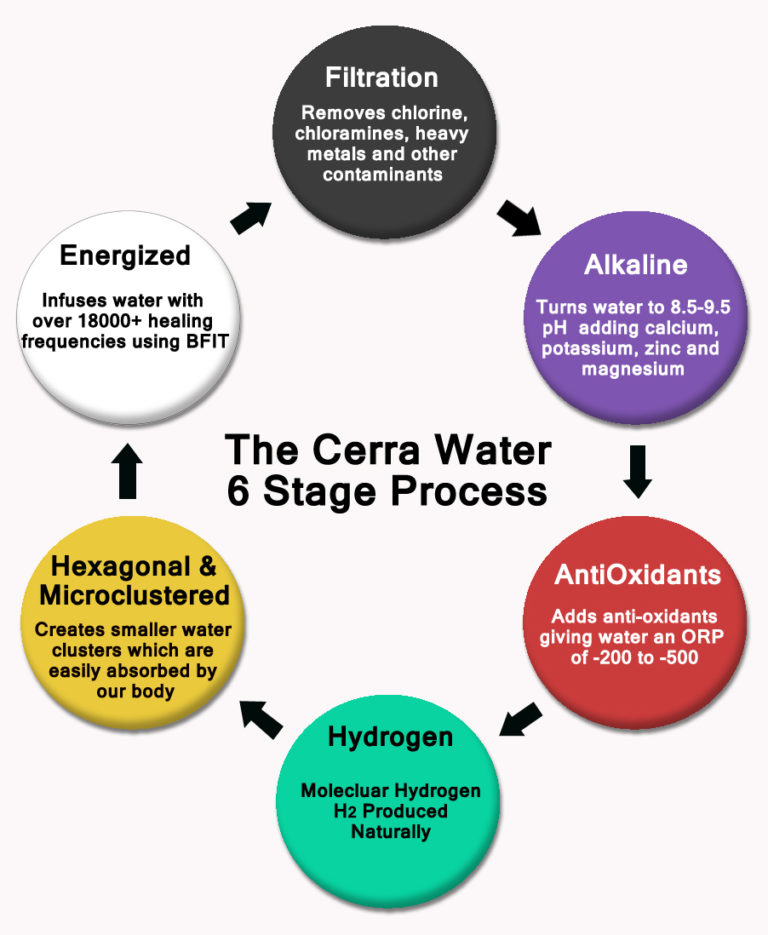 It does this by increasing the pH of the filtered water between 8.5-9.5 and adding the correct amount of essential minerals such as potassium, magnesium and calcium.  It also filters impurities that are featured in hard water which reduces consumption of heavy metals like lead and copper as well as chlorine, chloramines and pesticide intake. These are things that many regular household filters such as Brita simply do not do.  This is all part of the six step process that helps you live a healthier life. See the simple comparison between Brita and Cerra below.

As the previous video lead up to, many water filters and pitchers that are common on the market do not put in the quality needed to get our bodies out of an acidic state. I did a full comparison between Cerra and other common alkaline water pitchers that you can see below.

Cerra did the best against other competitors due to it’s high PH rating, good ORP Reduction rating, it’s infusion and varirous certifications including the German TUV which holds plastics to higher industry standards.

Where it did loose the most points was it’s price. It is by far the most expensive water pitcher from the list. To be frank this turned me off to this pitcher as well until I learned that it is BPA/ BPS free.

You see something that alot of private label brands neglect to mention is that their water pitchers contain BPS and BPA. BPS and BPA are compounds that are commonly found in many different kinds of plastics that mimics estrogen. Simply put our bodies are not mean’t to have these sorts of chemicals inside out bodies as it disrupts the way our cells function which leads to metabolic disorders down the road.

After knowing this I would gladly pay more for a water pitcher knowing that I would not be putting harmful compounds into my body.

What about Electrical Ionizers?

Electrical Ionizers are machines that purify your water and make it alkaline by ways of electricity.  It is used to increase the pH of your water and decrease Oxidation from your water. What they also do is add bad EMF’s into your household which in my mind is comuter productive. If the device is electrical and it does not have any shielding components to it than it is giving off bad EMF’s of some degree.  This is also true for hydrogen producing ones as well. 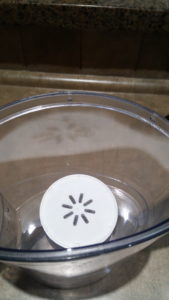 After ordering a Cerra Water filter I decided to follow the process of activating the cartridge recommended on their site.

I first soaked the cartridge under water for about 30 minutes and ran the cartridge through two pitchers of water to start. I noticed the film that was above the water When I first filled the pitcher, it made me not want to think what substance caused the film collected on the surface thats for sure! 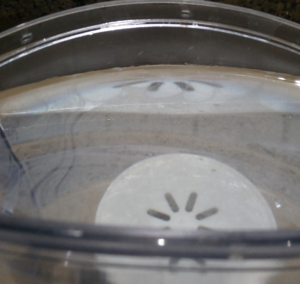 Throughout the process of running the water through the pitcher I noticed how much cleaner the filtered water was.

To really test the Cerra Pitcher I decided to use it when my body needed it most, after working out. With my old Brita Filter I was just drink the water to hydrate but never really felt any noticeable difference after drinking it other than well, being hydrated with water. 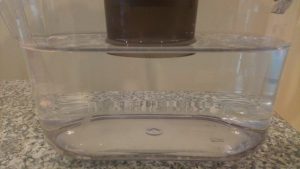 I did my first taste test and it tried a glass out. Upon first inspection the water tasted a bit different. I contacted customer support about this and they assured me that there was no chemicals in the water and that it was because there was a greater release in magnesium.

I found this to be true as I when time went on the taste was less noticeable. Despite the different taste I found a great boost in energy and did not feel fatigued. I also noticed that for short periods of time it gave my body the nutrients it needed even when I was not eating food. This allowed me to get more things done during the day and improved my overall mood.

Another thing I found which I found extremely interesting is when I had a bit too much of a good time (in this case whisky) the next day I was not feeling all too well to say the least. I decided to do an experiment and try some of the Cerra Water to try and hydrate. After eating a bit of food and drinking two glasses of water I was starting to feel a lot better.

My headache was decreased greatly, my overall grogginess and lack of energy was disappearing and I started to feel like the hangover never happened. 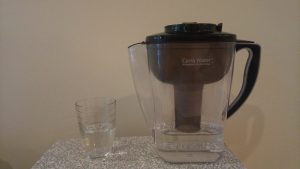 Cerra Water gets a 8.5/10 in my book because it helped me increase my productivity and well being throughout the day. It only loses a point because of the original magnesium taste I had when I first tried it but this goes away over time.

I just want to tell you how much I love the Cerra Pitcher and the alkaline water it produces. For the first three days, I drank glass after glass of this lovely, velvety liquid that I have renamed 'wet' water. My body's cells simply craved it and I couldn't seem to get enough of the water during those initial days. I finally realized that my system was truly rehydrating even though previously to owning the Cerra pitcher, I always had a glass of water next to me. This particular alkaline water is truly unique . It is ambrosia! I also wanted to let you know that when I test the water now, it is purple. Yes! Thank you so much. I truly appreciate receiving the pitcher. With love and respect, Nada

Nada
I paid $4000 for an electrical ionizer. My daughter would never drink the electrical ionized water because she didn't like the taste. Could it have been the chemicals that their electrolysis enhancers that the electrical ionizer put into the water that she was reacting to? She loves the Cerra water taste and is finally drinking water. Since drinking the Cerra water she has noticed an overall improvement in her well being. I really like the convenience of the pitcher for traveling and it safety. Who would have guessed that a water pitcher has more safety certifications for clean water than any other water company out there. The plastic is BPA free and the German certification has guaranteed that that is absolutely no leaching. The electrical ionizer are all plastic and yet there is no BPA free for their water tank or hoses! I love Cerra water! It tastes like water from a mountain stream.

David Raphael
CEO, Awakening Mind Inc
I have been a Cerra Water distributor since December, 2010. To Each of my customers has been 100% satisfied with the quality and functioning of the products and many have gone on to purchase more pitchers for friends and family. We are 100% satisfied with their customer service. They have provided excellent training and any concerns we always addressed immediately. We will be actively marketing their ionizers. Studies conducted by an independent testing firm have concluded that the technology used in the Cerra Water products oxidizes and alkalizes regular tap water and effectively removes heavy metals and chlorine. There is no question in my mind that Cerra products meet the claims made by the manufacturer.

Scroll back to top