What are Negative Ions and how does it relate to the Scalar Energy Healing Process? Negative Ions can be found everywhere, they are in the air we breathe, food we eat, and water we drink. Their functions are to neutralise free radicals which are groups of atoms with an odd number of unpaired electrons. By adding negative Ions it gives the atoms an additional electric charge which helps balance out the atom to allow cells to function . Some benefits of this additional electric charge includes helping improve the body’s natural functions such as improving cellular metabolism, boosting your immune system, improving digestion and balancing the nervous system.

You may be asking why it is important to neutralise free radicals (positive ions) with negative ions and how it relates to improving your biological functions. Free radicals as mentioned above have an odd number electrons which creates unrest within the atom which does not allow it to function properly. As a result these free radicals will pull off an electron from neighbouring atoms which in turn makes them unbalanced and creates a chain reaction which then creates a cell that cannot function optimally. If this chain reaction continues to occur it can cause cross linking which can affect your DNA and lead to side effect such as ageing and even cancer! When cross linking of  cells cannot function to their optimal potential because of the loss of an electron it can start having serious consequences. An example of this is when too many fat cells link up it can cause a formation of plaque in your arteries which can lead to heart diseases and strokes. When negative Ions are introduced to free radicals (positive Ions) they become neutralised and break up any potential cross linking that can occur in the future. By introducing Negative Ions to our bodies we help reverse the ageing process as well was ward off any potential diseases from spreading within your body.

Where can Negative Ions and Positive Ions be found?

Traditionally Before industrialisation and technology you could find about 1.2 negative Ions to every positive Ion but now that number has been reversed into the positive Ion factor. So the question begs to be asked what is causing these positive Ions and how does it correlate to the increase in technology. Very simply technology such as computers, cell phones and many other modern devices produce an abundance of Free Radicals (Positive Ions) and as a result the quality of our life deteriorates because if it. Whenever you go out into nature do you ever feel a sense of greater energy and less stress put on you? Of Course! because natural environments have more negative Ions produces as seen with this little demographic below

Chances are the environment you live in has an abundance of Positive Ions in it and when many of us live busy lives sometimes it can be hard to get out into nature, so what do we do? 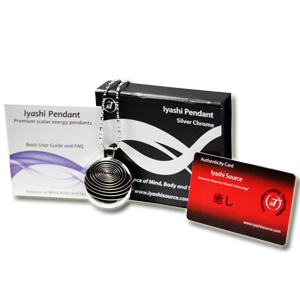 From my experience and various videos Iyashi Products such as the Iyashi Negative Ion Scalar Energy Pendant and the Iyashi Scalar Bracelet help provide over 5,000 negative Ions per minute which leaves you with the same feeling as being out in nature which helps boost your energy and allow for complete focus throughout your day! Some benefits that these products have are the following:

The Below Video Gives a Negative Ion Test of the Iyashi Scalar Bracelet.

Negative Ions are indeed one of the essential building blocks to a good healthy living that can extend our lives by giving our body the essential harmonious environment that it deserves through Scalar Energy Healing.

Scroll back to top